Beyond The Beat: From DJ To Exposition Producer 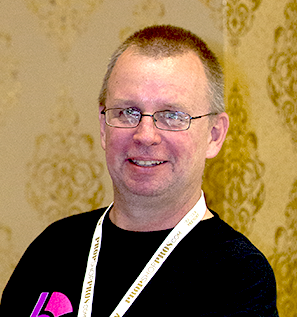 While attending the Mobile Beat DJ Show in March of 2016, I had the pleasure of sharing some chat time with Mike Anthony Mireles, a Mobile DJ/MC/Entertainer from Houston, TX. Our conversation was essentially a volley of random thoughts about to how DJs can expand beyond operating a DJ service. At one point, Mike referred to DJ’ing as an “entrepreneurial playground.” How true. When I think of all the people I have met during the years that I’ve been associated with the international DJ community—I am consistently impressed by those who have taken a giant leap of faith and have landed in a position that they themselves may not have realized as possible.

The Force Behind The Photo Booth Expo

One of the more recent additions to that group is Rob Savickis of Niagara Falls, Ontario, Canada. Over the past decade, Rob’s business model evolved from selling products for DJs and operating a DJ Service to focusing on Photo Booth Rentals. This combination of knowledge and experience came together in 2015 when Rob produced the first Photo Booth Expo in Las Vegas. As Rob explains, “My suppliers were pointing out that there was no trade show dedicated to the growing Photo Booth market—and they kept encouraging me to produce one. Then, when some colleagues were commenting on how many people were getting into the business, I felt in my heart that it was time to try putting such a show together… and Las Vegas was the best location as it would attract people from all over the world, not just locals.”

The first Photo Booth Expo in 2015 attracted 1300 Photo Booth entrepreneurs from 24 countries. The 2016 show upped that number to 2100 representatives from 38 countries and jumped past the 3000 mark in 2017. The show is all about the latest Photo Booth technologies and how to run a profitable Photo Booth business. In addition to the exhibit hall, a full card of educational programs is offered featuring some of the most experienced mobile entertainment and Photo Booth business professionals.

For 2018, the Photo Booth Expo will again take place at the Westgate Resort (formerly the Las Vegas Hilton) March 11-14. Coincidentally, these dates overlap with the Mobile Beat DJ Show being held at the Tropicana. The cross-over between DJs and Photo Booth rental companies is expected to spike attendance for both shows. Registration is now open for both events.

So what’s the take away here? For any DJ, to be best you can be is a noble and most respectable goal. But opportunities do come along—and usually when least expect them. When that happens, be ready to take that next step. Rob Savickis is a prime example of someone who saw a need, weighed the risks, and then took the jump. It’s that old opportunity knocks thing, and not being afraid to answer.