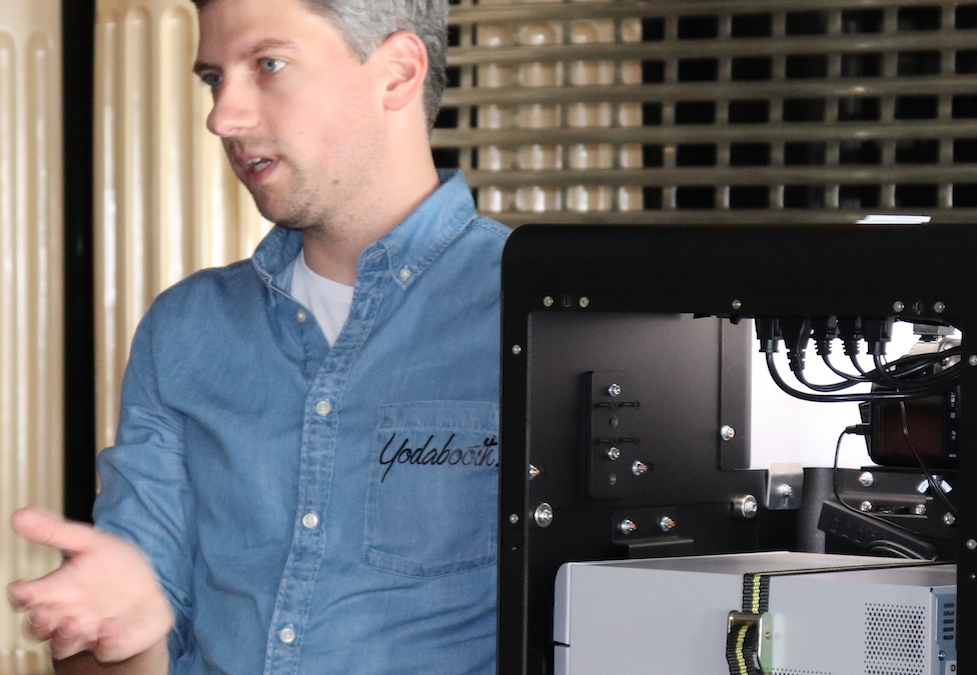 Yodabooth has become a very familiar name in the Photo Booth industry and was the “official Photo Booth” on the Mobile Beat/Photo Booth Expo cruise last November (2017). During one of the days at sea, we had a chance to chat with Yodabooth Manager, Filip Cuypers, who shared a bit of the back story of Yodabooth and what the company has planned for the future.

FC: Yodabooth is a brand of sharingbox which was started by Sidney Valenta and Marc Elkiner in Brussels, Belgium, in 2013. The company has since expanded to 20 countries and operates events all over the world. Sharingbox is the market leader for photo marketing activations in Western Europe and is rapidly growing in the United States with offices in New York City, Los Angeles, San Francisco and Boston. The main Yodabooth office is located in New York City.

PBX: How did you get into the business of designing and building photo booths?

FC: From the get-go, Sidney and Marc realized they needed a photo booth that would allow them to build their business on. They focused on corporate clients so a lot of space for the client’s branding was a must. Their first booth was the Sharingbox Original. With the business rapidly growing and expanding to new markets, the need for a more portable booth became apparent. This is where the sharingbox Mini comes in. The Mini made it possible to operate events at a much larger scale. Examples of this are the multi-store activations in France (136 stores of a DIY store chain) and the United States (51 stores for a major fashion brand). With just three people, the US team managed to run the 51-store activation because the design of the booth allowed to ship it out to the client and easily train people on how to set it up.

People saw the Mini at events and wanted to buy the hardware and software to build and grow their own businesses. That’s why we launched the Yodabooth brand. The Yodabooth Y40 model is inspired by the sharingbox Mini and offers the same features of easy transportation and setup.

PBX: How many countries are you in, and (if possible) how many Photo Booths has Yodabooth sold since first starting out?

I cannot disclose sales figures for Yodabooth, but since our launch at the Photo Booth Expo in March 2017 we have welcomed customers from countries on all continents (except Antarctica).

PBX: How has Yodabooth taken photo booth design to a new level? What are some of the features that are exclusive to Yodabooth?

When we think about design, we don’t just think about what the exterior looks like. In the photo booth industry, you want to keep your operating costs as low as possible. You don’t want to spend a lot of time on the preparation, transportation, setup and breakdown of your booth. To improve your profit margin, you also want to keep your costs of hosting as low as possible. During the design process we took into account the experience we gained at our events with Sharingbox. In 2016, the company operated over 10,000 events so we had quite some data to back up our decisions.

With Yodabooth, we also wanted to bring a booth to market that can operate stand alone as that makes a huge difference to your bottom line. Operators across the US see the prices for a 4-hour event go down as the competition grows stronger in their local markets. That’s why it’s important to look at the costs related to operating your events.

With the Yodabooth Y40 I believe we took the design of open air photo booths to the next level. The DS620 printer is integrated in the top of the booth so it has a really small footprint and fits in at any venue.

We’re also the first to introduce magnetic branding, a great addition if you work with corporate clients. You no longer need to mess around with wrapping vinyl on your booth, and you can reuse the magnets at future events.

PBX: What are the differences between the Y19 and Y40?

If you look at both models from the front, you will not be able to tell the difference as the design is the same. The difference becomes clear when you look at them from the side: the Y40 houses a DNP DS620. The printer is neatly tucked away in the top part of the booth. A door on the side allows you to easily access it to change the paper.

The Yodabooth Y19 is slimmer and can be mounted to a wall. You’ll find it at venues for longer term activations. 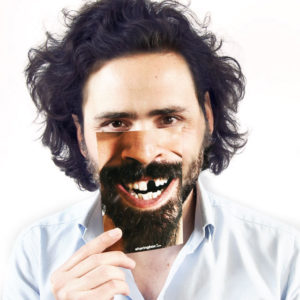 PBX: In watching the video from last year’s Photo Booth Expo, Sidney was demonstrating some of the “magic tricks” that Yodabooth offers… What are some of the different options, and are these built into the software?

It’s all included in the Yodabooth software. In the video, Sidney shows a few activations we set up for PBX. They all look very different to the user, ranging from a 3-photo wedding strip to an immersive animated GIF, but on the backend it’s the same software. That’s one of the great features of the software: you can customize the whole experience for your client, and you can easily switch between events on the same booth.

In addition to what happens on the booth, the software is linked to a cloud dashboard that allows you to easily manage your events and booths. You have an overview of all your events and photo galleries. You can monitor your operations from any device, even on your phone. It really puts the control at your fingertips.

The video tour of our exhibit is available on YouTube: https://www.youtube.com/watch?v=pbC6K-1MZdE.

PBX: What comes with Yodabooth package?

We offer the Y19 and Y40 as Operator Packages, meaning everything is included for operators to start doing events. Both models are turnkey solutions that come with all the hardware and software, as well as the transportation bags.

PBX: What kind of growth do you project for the Photo Booth industry over the next 3-5 years?

It’s hard to predict the growth rate of the industry, but we do see more and more new entrepreneurs enter the market as well as other event professionals expand their services with photo booths. Another trend that’s become clear in 2017, is that — as competition grows in local markets — a lot operators tend to react by expanding their offering with more advanced activations to stay ahead of the curve. I believe 2018 will be an interesting year for the industry.

PBX: Are there any new products in the works at Yodabooth that you can talk about?

I cannot reveal too much details just yet, but we have been working on new products since PBX17. A lot of it comes from our experience of operating events at Sharingbox. We’ve learned what works and what clients are looking for. We’re now bringing that to market under the Yodabooth brand. We’ve expanded our exhibit space for PBX18 and we’re excited to showcase it all.