Why Go On The PBX / MB Cruise?

While I make no claims to being a world traveler, I have scuffed my soles in several European and Asian countries—and all but a few of these United States. I mean no offense to Frankie Ford (if he were alive to offended), but a Sea Cruise? Nope. Having heard tales of cruise ships adrift in open waters while some unidentifiable virus works its way from stem to stern was reason enough for me to cross cruising off my bucket list.

Then my wife Barbara, and I, were invited to go on the PBX/MB cruise to the Eastern Caribbean last November. As the ship was leaving from Miami, and we had already planned to be in Florida for Thanksgiving, it was an inescapable opportunity for us to set aside our illogical opinions and see why so many of our friends find cruising to be just the nuts.

Outside the terminal, a friendly Porter graciously saw to our luggage, promising to have it delivered to our room—which he did. As we had purchased the “Faster To The Fun” option (you won’t regret it), we went straight to the boarding lounge, and after a short wait, we were ushered on board. While I can’t speak for the other cruise lines (although I expect they are all similar) Carnival made the drill breeze easy, even for first timers. 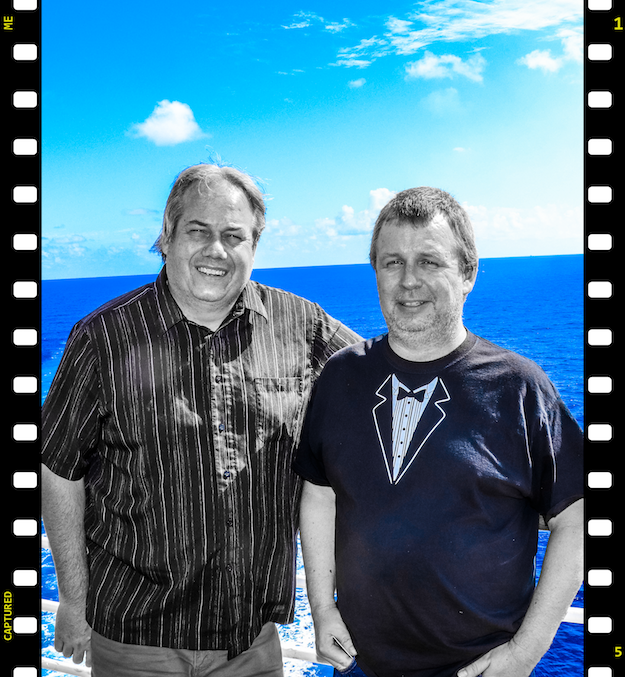 Boarding early provided some extra time to wander about the boat and hooked up with other members of the group. While we had never met most of the PBX/MB group previously, we all got to know each other in pretty short order. Many had lengthy resumés as cruisers and were quick to offer suggestions, tips and opinions. By the end of the first day, any hesitation we had about going on a cruise was history. As a precaution, we did get a prescription filled for motion sickness patches. Whether or not they made a difference is hard to say, but some of the veterans commented that the seas on day one were the roughest they had seen. 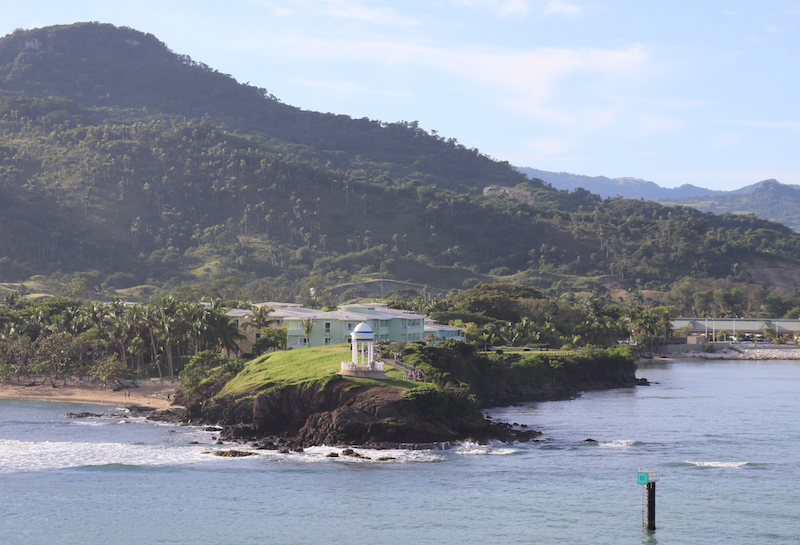 By the second day, the seas had calmed as we made our way to the first of two ports of call. There was plenty to do on board, and the amount of food included in the price is insane. There’s also a casino, piano bar, shops, club, theatre, and more. Not everything is included in the price, and it’s easy to spend more than you planned.

Originally, it was planned that the first port of call would be Grand Turk, however, due to damage from the recent hurricane, that was changed to Princess Cays, an island somewhere in the Bahamas. The following day, the shipped docked at Amber Cove, in the Dominican Republic. At both stops, there were dozens of optional side adventures and fun ways to spend some time soaking up the sun and local scenery.

This particular cruise lasted five days, and was it is with any vacation experience, the five days flew past. Would we do it again? You bet. In fact, Barbara and I have already booked our stateroom for the 7-Day 2018 PBX/MB Cruise coming in November. This time, the cruise is longer, and the boat (Carnival Dream) is bigger! The 2018 PBX/MB Cruise will shove off from New Orleans on November 4th, with ports of call at Costa Maya, Mahogany Bay, Belize, Cozumel.

Want to book right now? Just call former Carnival Cruise Lines DJ and Mobile Beat Travel Agent Mitch Taylor at 906.829.0237 and plan to meet up with the rest of the gang on Sunday November 4th on the Lido deck of the Carnival Dream!

If it’s your first time on a cruise, rest assured that your fellow PBX/MB cruisers will offer all the guidance and travel tips necessary to assure you have an awesome time. Do be prepared to have you photo taken… a lot, and have a stash of Washington’s close by for tips. You’ll need ‘em.